In the early years, Dans la rue developed thanks to the vision and tireless work of our founder, Father Emmett Johns (Pops).

Over the years, more and more people recognized the importance of Pops’ mission and supported Dans la rue with their time and donations.

Dans la rue has grown into a multi-disciplinary team of skilled professionals and dedicated volunteers, all committed to fulfilling Pops’ vision of helping youth survive the streets, get back on their feet, and learn the skills necessary to build a brighter and more independent future. 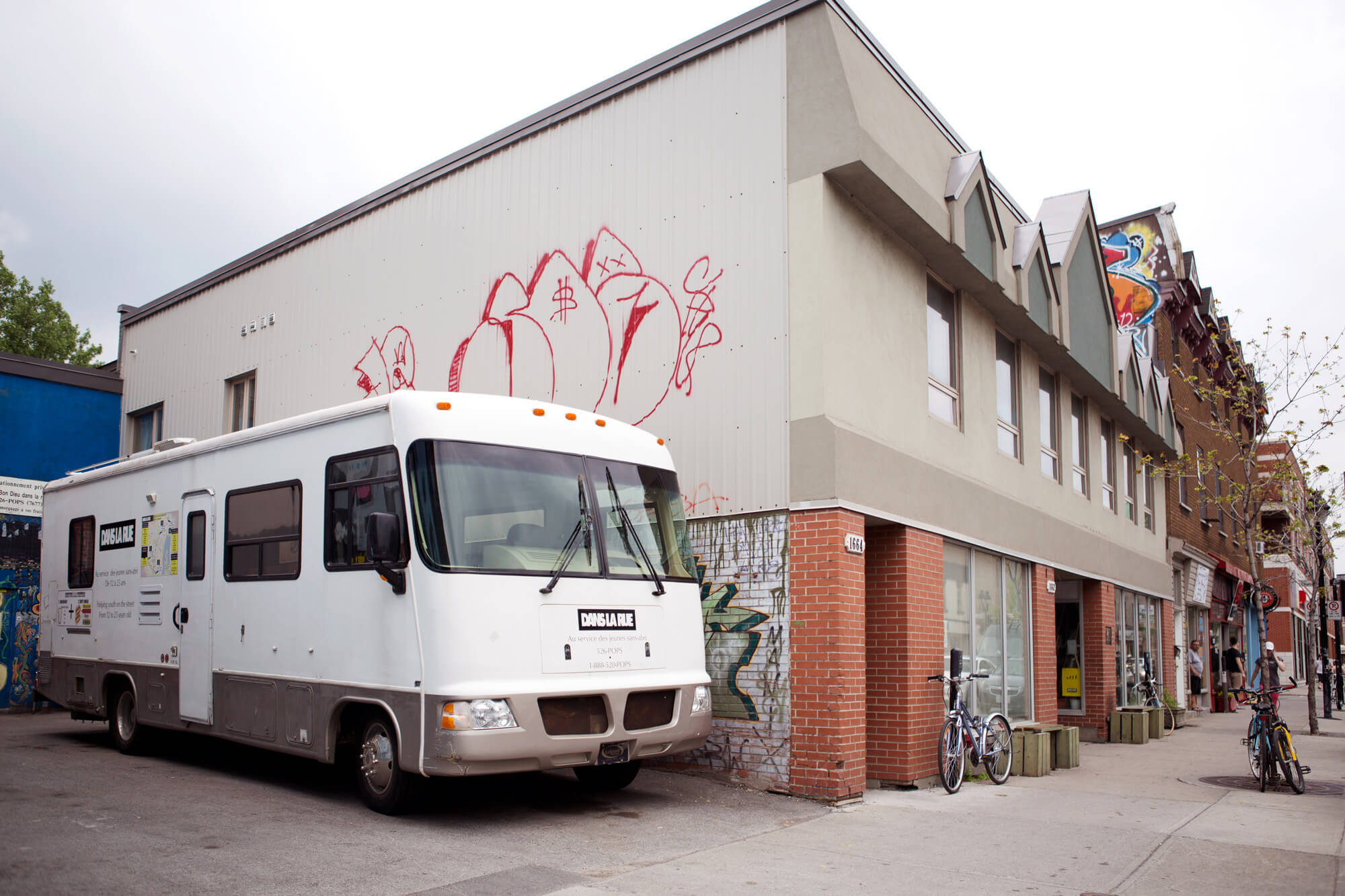 Evolution of our name

Le Bon Dieu dans la rue is indeed our official registered name. However, in our correspondence with our partners, Le Bon Dieu is often omitted in lieu of the shorter name, Dans la rue.

In addition, some in the community are less familiar with the full name because the media have used the less formal name, Dans la rue, more and more over time.  Others call us “Pops,” the nickname given to Father Emmett Johns, our founder, by the young people he has helped over the years.

1989 -Formation of Dans la rue’s Board of Directors

1993 – The largest night shelter for youth in Montreal, “The Bunker”, opens its doors

1997 – Opening of the Day Centre, a place where young people can enjoy a hot meal, speak with specialized consellers and psychologists, participate in activities, and more.

1997 – Opening of the Emmett-Johns School in the Day Center

1998 – Thanks to the generosity of Canadian Pacific, Dans la rue acquires a new, custom-built Van

2013 – Launch of the “Inspire” music compilation

2014 – Opening of 17 apartments with community support

Your donations are essential for us to continue our mission.

The Day Centre is open five days a week, Monday and Friday from 9 am to 4 pm and Tuesday, Wednesday and Thursday from 9 a.m. to 5 p.m.